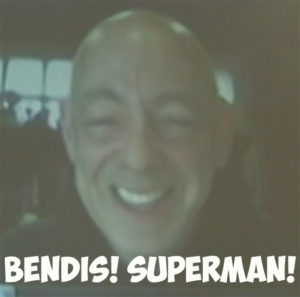 Mike Sangiacomo and Dirk traveled to Philadelphia for the Great Philadelphia Comic Con, April 27-29, 2018. During a panel hosted by Mike, who was representing the Siegel & Shuster Society in Cleveland, we were lucky enough to score an awesome Brian Bendis Superman interview. The interview took place over Skype. In it, Bendis talks about his plans for Superman, his ideas for the DC Universe … END_OF_DOCUMENT_TOKEN_TO_BE_REPLACED 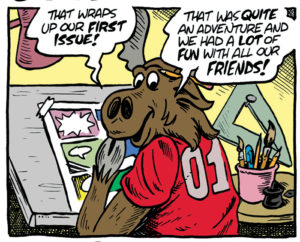 Mickey Mart will be sponsoring several "How to Create Your Own Comics" events at libraries around northern Ohio in 2018. Follow us on Facebook, Instagram, and Twitter to catch announcements of dates and locations! We're excited about the release of the Amazing Adventures of Mickey the Moose #4 and to celebrate we thought we'd give you a little peek at how we make a Mickey the Moose Comic! Mickey … END_OF_DOCUMENT_TOKEN_TO_BE_REPLACED