Mike Sangiacomo and Dirk traveled to Philadelphia for the Great Philadelphia Comic Con, April 27-29, 2018. During a panel hosted by Mike, who was representing the Siegel & Shuster Society in Cleveland, we were lucky enough to score an awesome Brian Bendis Superman interview.

The interview took place over Skype. In it, Bendis talks about his plans for Superman, his ideas for the DC Universe and how the Cleveland Public Library influenced his decision to jump ship from Marvel to DC.

Mike also had the opportunity to present Bendis with one of the few remaining bricks from the original house where Jerry Siegel and Joe Shuster created Superman! 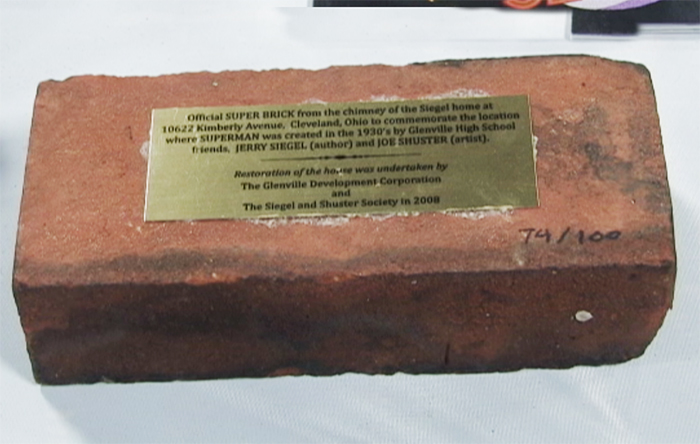 I think this is my favorite place in Philadelphia. Why there is not a statue and a commemorative plaque is simply beyond my understanding and a slap in the face, a tweak of the nose and a boxing of the ears to art lovers around the world.